Why You May Want to Hire a Young Lawyer 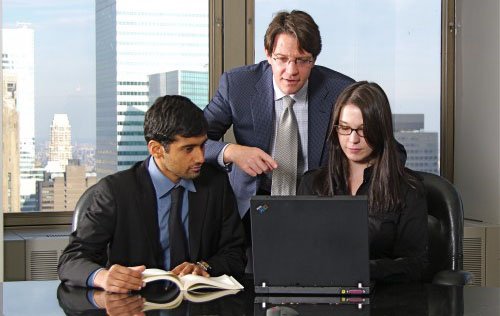 Why You May Want to Hire a Young Lawyer

People are often hesitant to hire young lawyers. Many will favor the guy whose outdated website brags that he has “over thirty years of experience” over the newbie law school grad who just opened his solo law firm a week after getting sworn in to the state bar. Older lawyers, by virtue of having been alive longer, will have more experience in and knowledge of their chosen area of law. Of course, that knowledge and experience is often accompanied with hefty hourly fees. So it’s no secret that young lawyers are going to charge their clients significantly less per hour than their older counterparts would. However, people often justify the older lawyer’s astronomical hourly fees with something along the lines of “yes, but the older lawyer can do things twice as fast, and won’t end up billing as much time as the younger lawyer, thus charging his client less overall than the young lawyer would.”

A friend of mine, lets call her Cynthia,  once interned for a lawyer who was in his 60s/70s-ish; we’ll call him Justin. One day, Cynthia and Justin were discussing a case in Justin’s office, and Justin suggested they call the Secretary of State’s office to try to get the answer to a question they had. Justin, being the experienced and knowledgeable lawyer that he was, started flipping through his Rolodex to find the phone number for the Secretary of State’s office. Justin had been practicing law for nearly fifty years and knew practically every lawyer, judge, and accountant this side of the Mississippi, so he had accumulated quite a mass of contacts in that trusty Rolodex. Unfortunately, that particular Rolodex card seemed to have gone missing. So wise old Justin picked up his telephone and dialed 411. Justin had to repeat “Secretary of State” to the automated 411 service a few times before it understood what he was saying, but finally, 411 found the number for the Secretary of State. Justin didn’t have a pen handy to write down the number, so he happily obliged when 411 offered to connect him for an additional nominal fee. While all this was going on, which in total probably took about three or four minutes, Cynthia was silently squirming, resisting her instinct to yell out “I can just Google it!” Cynthia was, after all, merely the young little whippersnapper intern; what did she know? Justin had been doing this for fifty years, surely he knew best and knew what he was doing. Cynthia would have hated to offend Justin by implying that he was too old to appreciate the magical box that is a computer, which was sitting right in front of him.

It has been years since I called 411, and prior to hearing this story, I figured it had gone the way of that number that you used to call to get the time. But last time I used 411, I think it may have cost 75 cents to call, and maybe another 75 cents to automatically connect. Via a quick internet search just now, it looks like it may be $2.50 nowadays, possibly more, depending on your service provider. Well, thanks to his wisdom and decades of experience, Justin charged his client $2.50 for that 411 phone call. Moving right along…

Side note: Cynthia later found out that the answer to their question was on the FAQs page of the Secretary of State’s website. After hanging up the phone, Justin remembered something else that he wanted to ask the customer service rep. Justin had better things to do with his time than make another phone call, so he instructed Cynthia to do it when she got back to her desk. But Cynthia, being the foolish young hipster that she was, went rogue and Googled the question instead, and Google quickly provided Cynthia with a link to the Secretary of State’s website. Cynthia browsed the FAQs for about 10 seconds and found the answers to both questions. But thanks to his wisdom and experience, Justin was able to find the answer in just 7 minutes without having to fuss around with Google and the internet. As is customary in the legal profession, Justin rounded that 7 minute phone call up to the nearest 1/6th of an hour for billing purposes. Let’s get back to the story…

Justin and Cynthia wanted to inform the client about the status of the case, in light of what they had learned from the phone call with the Secretary of State. Justin did not want to spend his own valuable time typing up a letter or email to the client. Also, at the suggestion of Justin’s go-to IT guy, they had just updated to the 2010 Microsoft Office suite and Justin was still getting used to all of the changes in Word and Outlook. So he handed Cynthia a pad of paper and a pen and began dictating the letter. They got interrupted a few times by Justin’s paralegal, so Cynthia occasionally had to read back what she had written so they could get back on track. And Justin was getting a little annoyed that it was taking Cynthia so long to write everything down, forcing him to speak slowly and lose his train of thought. Once they were done, Cynthia returned to her desk and typed up the letter. She brought the letter to Justin for his review and approval, Justin made a few changes to it, Cynthia went back to her desk to make the necessary changes, and she printed the final letter.

Justin did not trust all of this “newfangled cloud computing nonsense” and felt it was best to keep hard copies of all documents in the office. (Another reason Justin had to charge his clients so much–rent ain’t cheap on that big ol’ office of his, but where else do you expect him to keep hard copies of all of the files of all the clients he has had over the past fifty years?) So Cynthia went to the copy machine, punched the client’s billing code into the copier’s keypad (you didn’t think lawyers paid for their own paper and ink, did you?), and made a few copies of the letter for the files. She then put that puppy into an envelope, ran that sucker through the postage meter, and dropped it into the pile of outgoing mail (but not before recording the cost of the postage, of course).

All in all, Justin spent about 32 minutes getting the answer to that important question and dictating that letter to Cynthia, which will be rounded to 36 minutes on the client’s bill. Cynthia spent about 55 minutes on the whole process (but let’s just call it an hour). So the client was billed for the cost of the 411 call plus the cost of the copies and the postage, all in addition to Justin’s time and Cynthia’s time. Luckily for the client, Cynthia’s time was not nearly as expensive as Justin’s time, since she was only an intern. Oh, but since Justin’s interns got the benefit of his guidance and mentorship, and that benefit was passed on to his clients through the quality of the interns’ work, Justin felt it was reasonable to charge clients more for the time of his interns than a younger, less experienced lawyer would (if such young lawyer even had an intern).

But it’s okay, because even though Justin’s hourly fee was five times more than the fee of the 20-something guy who just passed the bar and opened up his law office in his parents’ basement using the same laptop he had in law school and a box of business cards he ordered online for $10, I am sure Justin’s experience and wisdom made him really super quick and efficient.